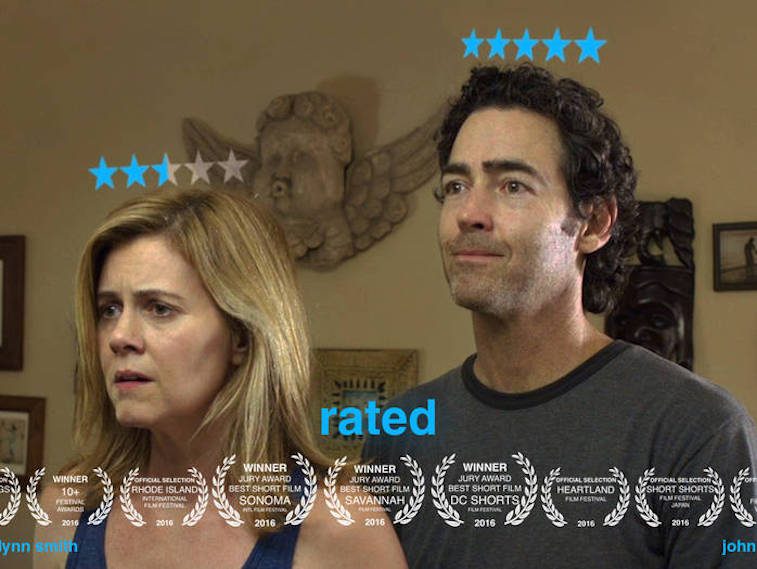 John Fortson is a filmmaker, living in LA, who produced, directed and starred in the much acclaimed short film, Rated. His film has been selected by over 30 film festivals and won 19 awards thus far (check out the trailer below). In this interview, we discuss the inspiration for Rated, the meaning and purpose behind the film, which looks at how society is increasingly able to rate everything and everyone openly. John is an innate storyteller and reveals some of the secrets of his craft. We also look at the lessons for brands and marketers want to create engaging stories.

Below, you’ll find the show notes and, of course, you are invited to comment. If you liked the podcast, please take a moment to go over to iTunes to rate the podcast.

To connect with John Fortson:

Meanwhile, you can find my other interviews on the Minter Dialogue Radio Show on Megaphone or via iTunes. Please don’t be shy about rating this podcast on iTunes here! And for the francophones reading this, if you want to get more podcasts, you can also find my radio show en français over at: MinterDial.fr, on Megaphone or in iTunes.

Music credit: The jingle at the beginning of the show is courtesy of my friend, Pierre Journel, author of the Guitar Channel. And, the new sign off music is “Finger Paint,” written and performed by Josh Saxe, produced by Chase Geiser. Here’s a link on iTunes. I invite you to take a spin on Pierre’s podcast or listen to more of Josh’s music!

Minter Dial is an international professional speaker, author & consultant on Leadership, Branding and Digital Strategy. After a successful international career at L’Oréal, Minter Dial returned to his entrepreneurial roots and has spent the last ten years helping senior management teams and Boards to adapt to the new exigencies of the digitally enhanced marketplace. He has worked with world-class organisations to help activate their brand strategies, and figure out how best to integrate new technologies, digital tools, devices and platforms. Above all, Minter works to catalyse a change in mindset and dial up transformation. Minter received his BA in Trilingual Literature from Yale University (1987) and gained his MBA at INSEAD, Fontainebleau (1993). His books include Heartificial Empathy, Putting Heart into Business and Artificial Intelligence, bowed in December 2018 and won the Book Excellence Award 2019 as well as being shortlisted for the Business Book Awards 2019. It's available in Audiobook, Kindle and Paperback. He is also co-author of Futureproof (Pearson, Sep 2017) and sole author of The Last Ring Home (Myndset Press, Nov 2016), a book and documentary film, both of which have won awards and critical acclaim. Minter's latest book, You Lead, How being yourself makes you a better leader, published by Kogan Page, won the Business Book Award 2022 in the category of Leadership. It's easy to inquire about booking Minter Dial here. View all posts by Minter Dial